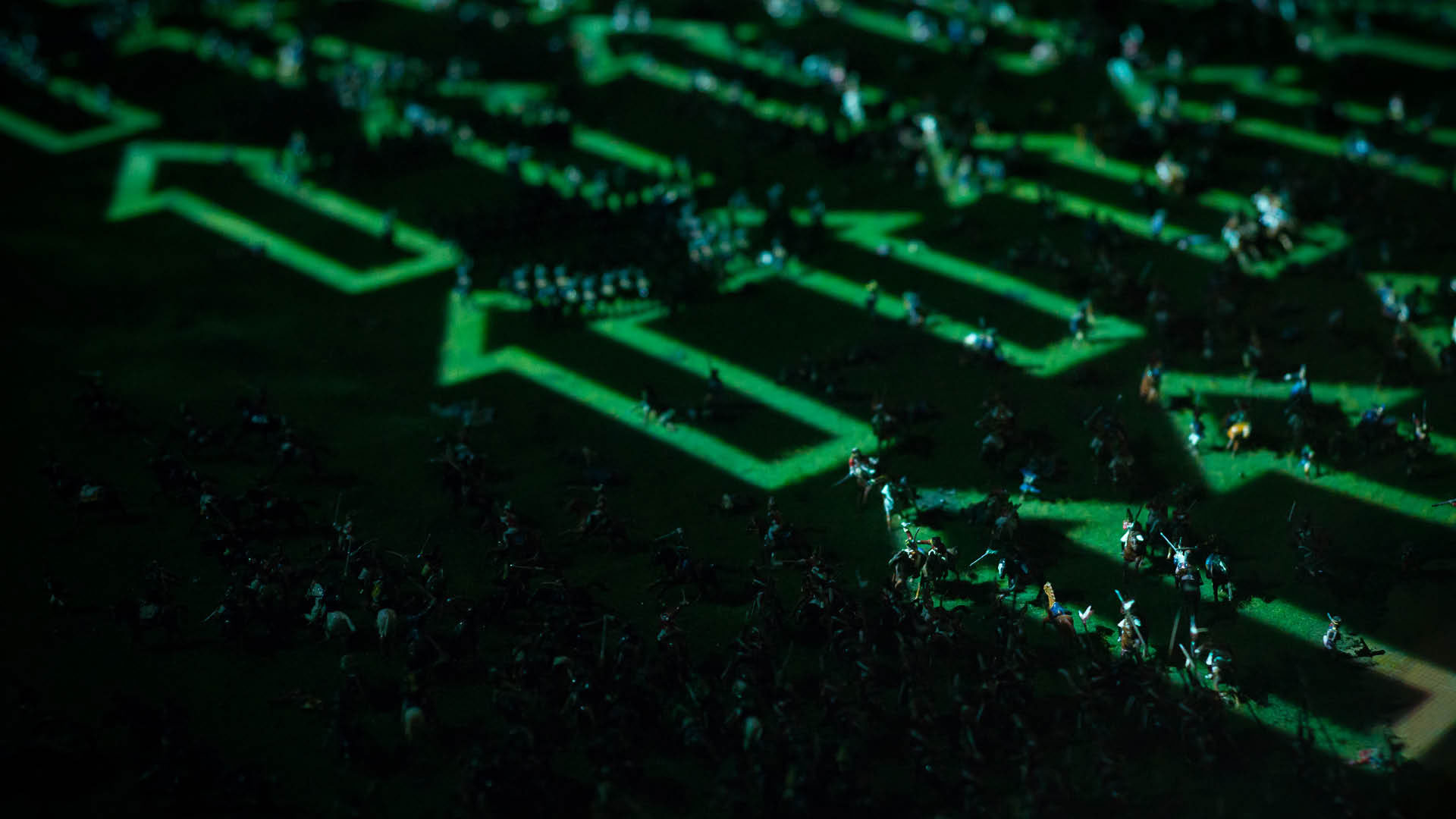 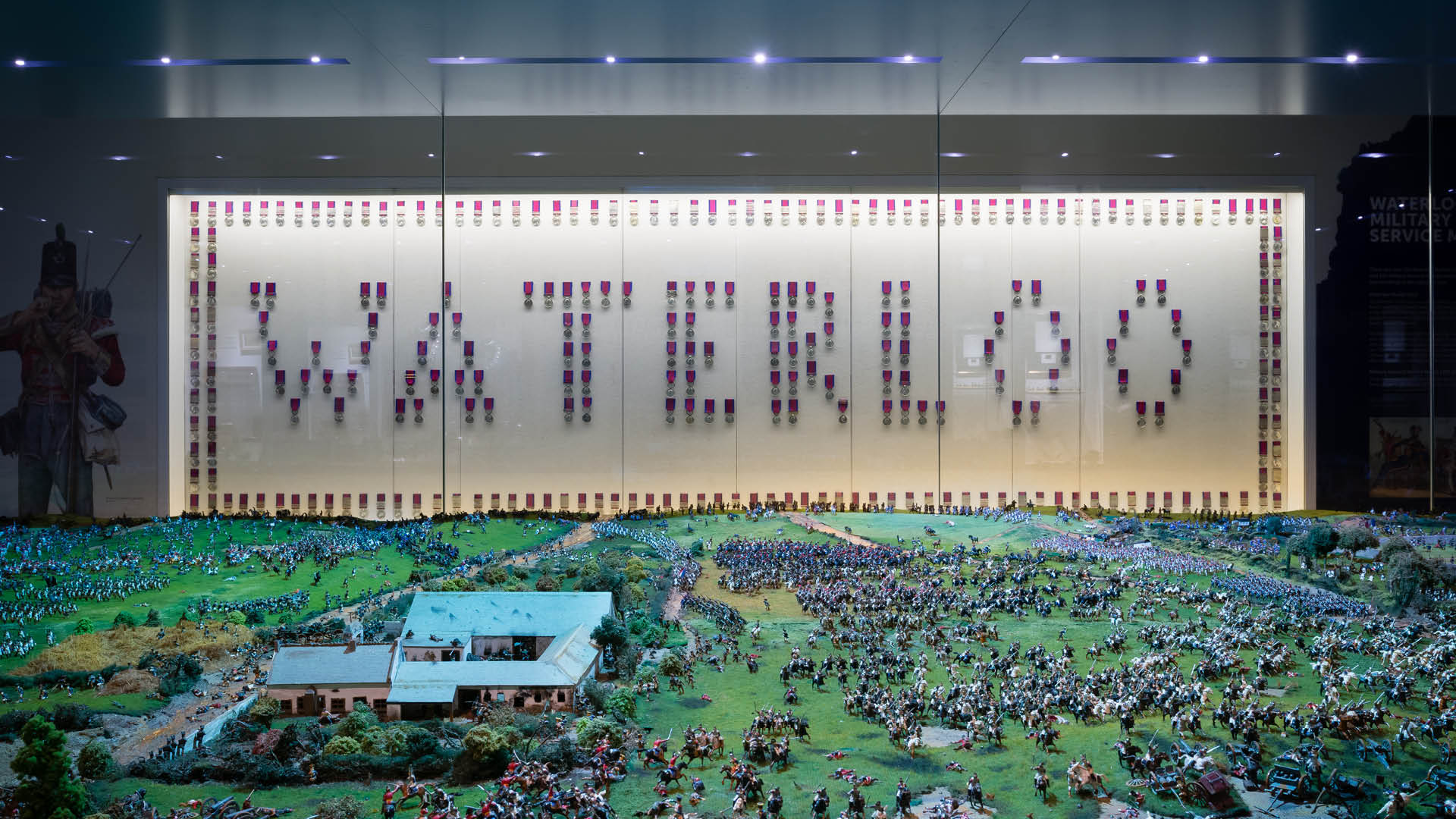 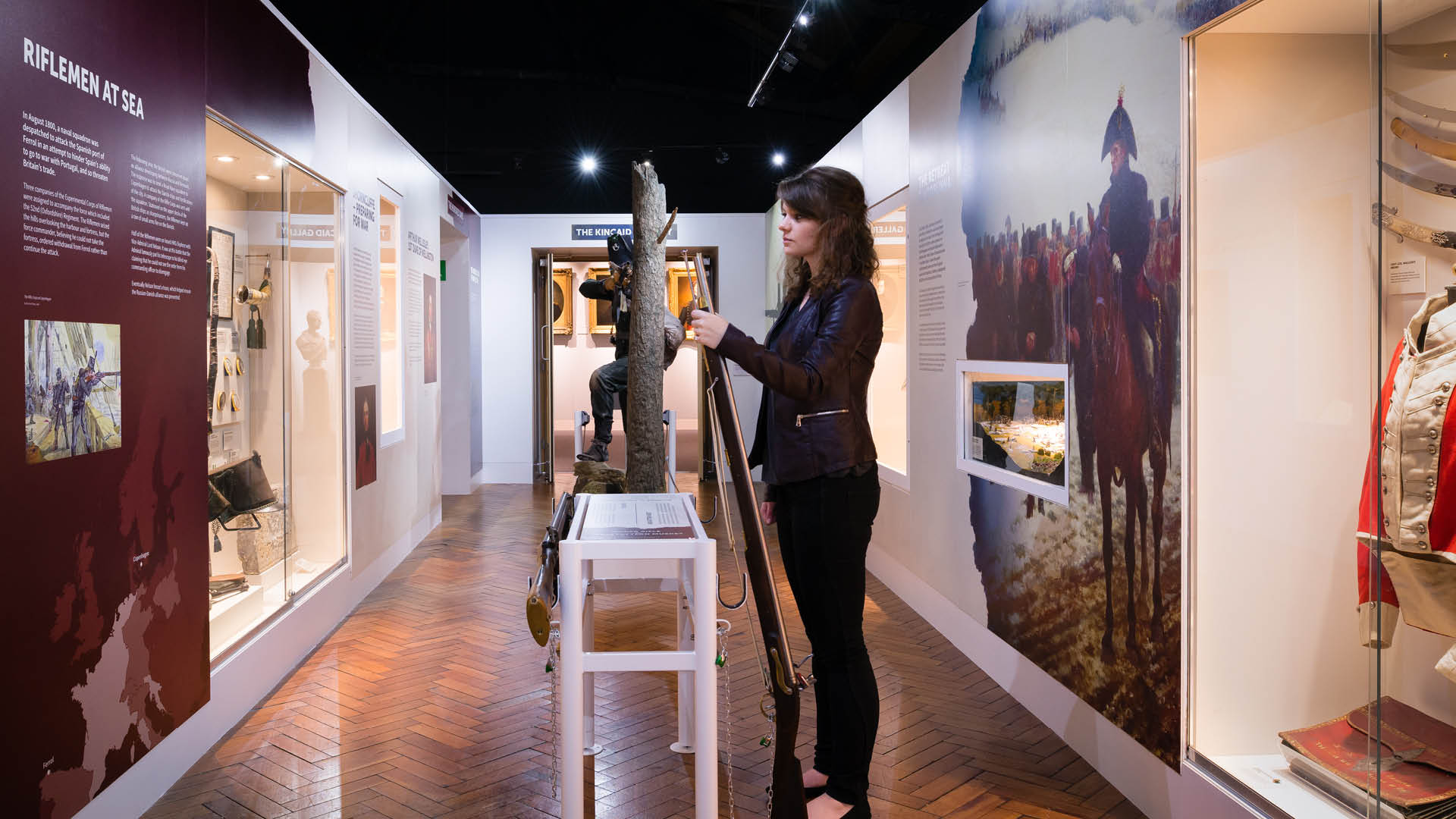 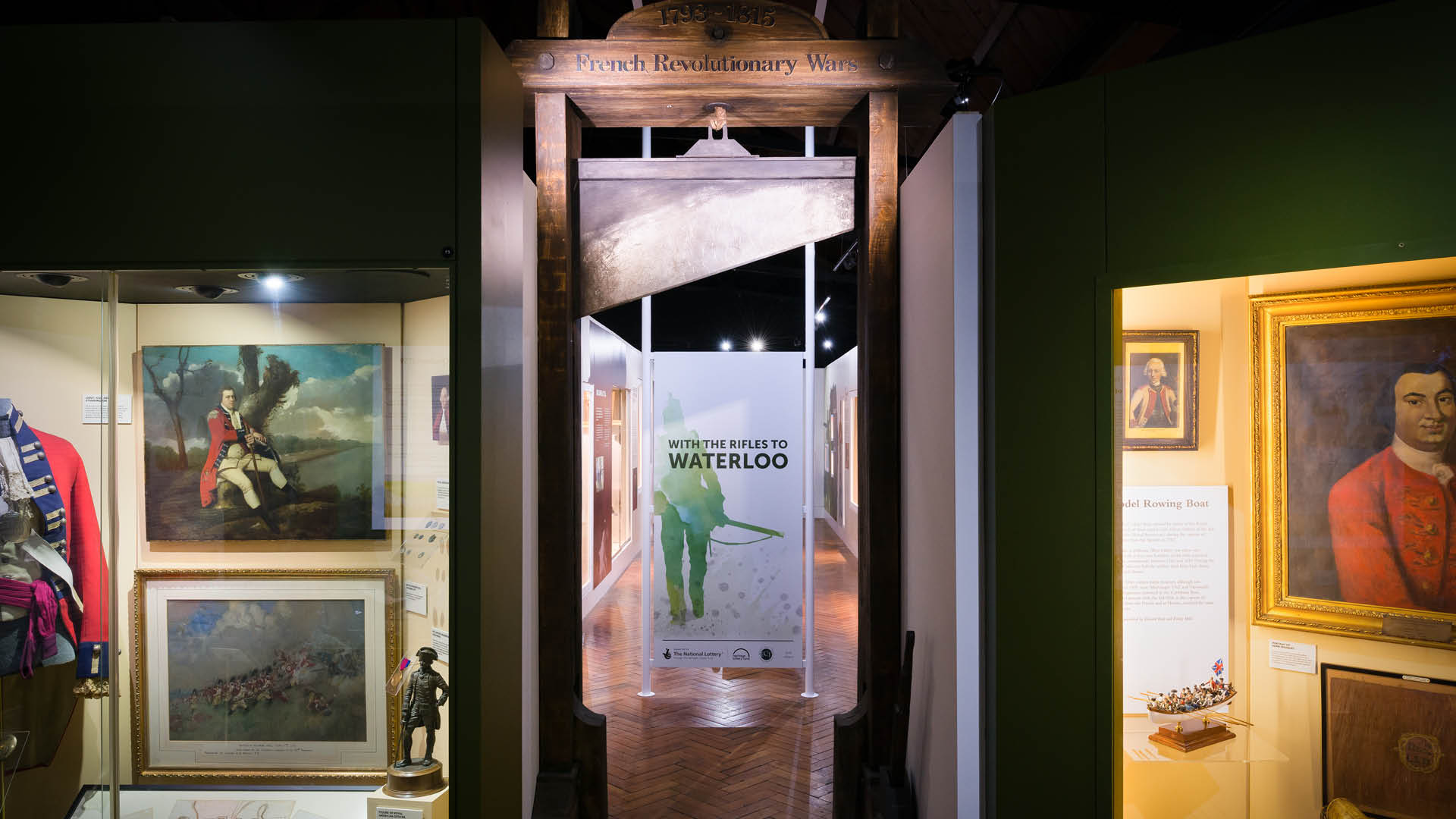 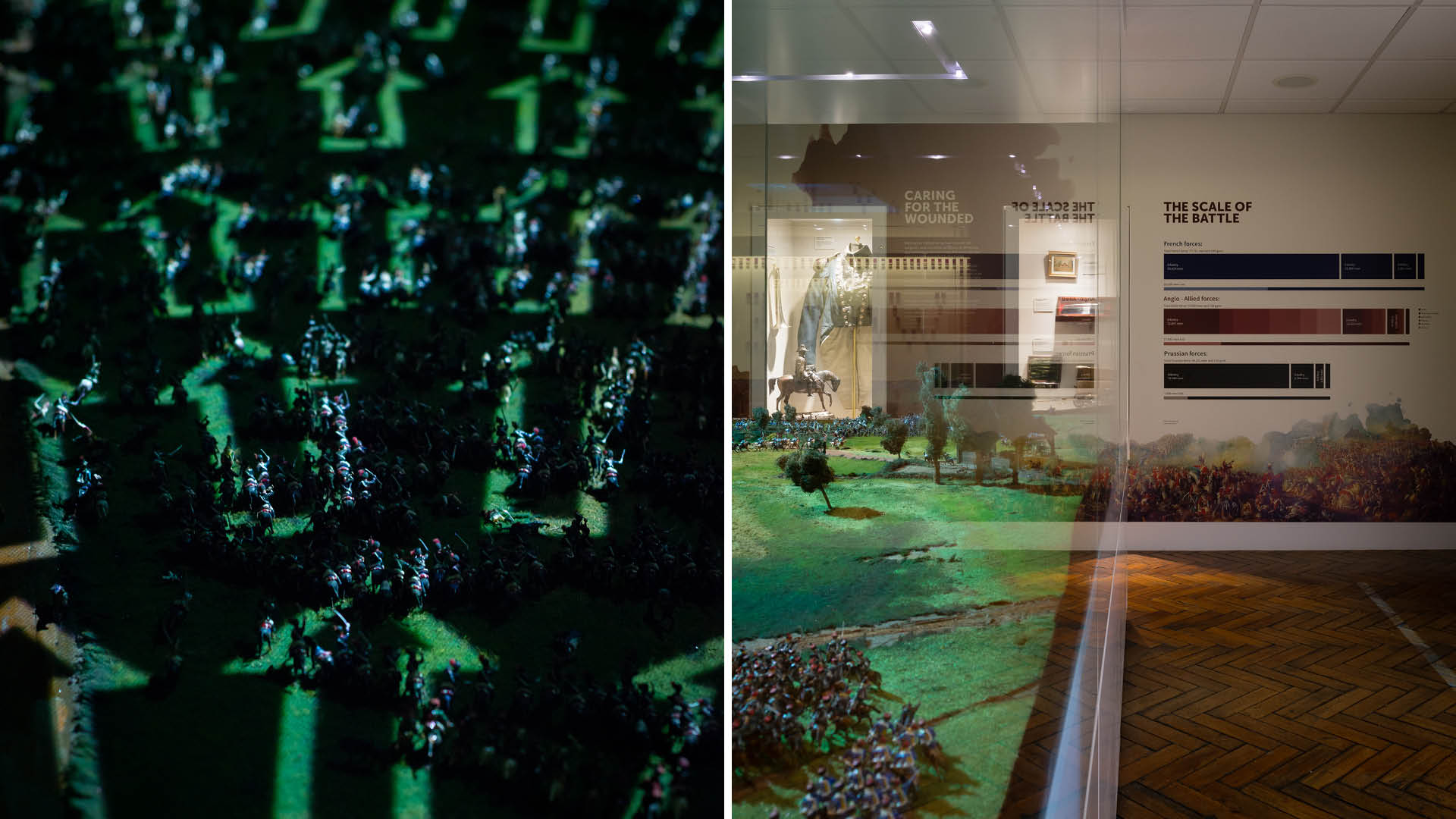 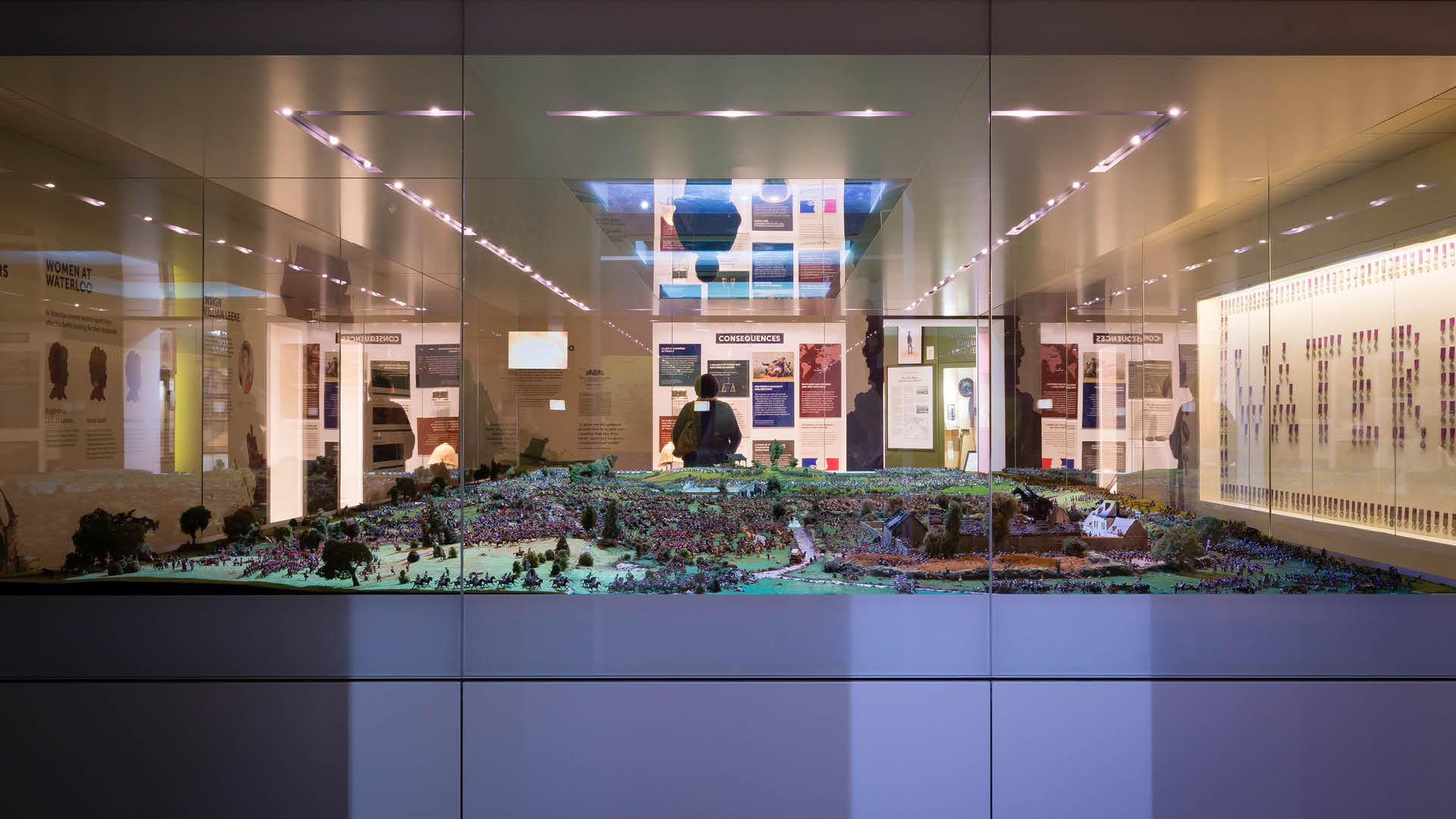 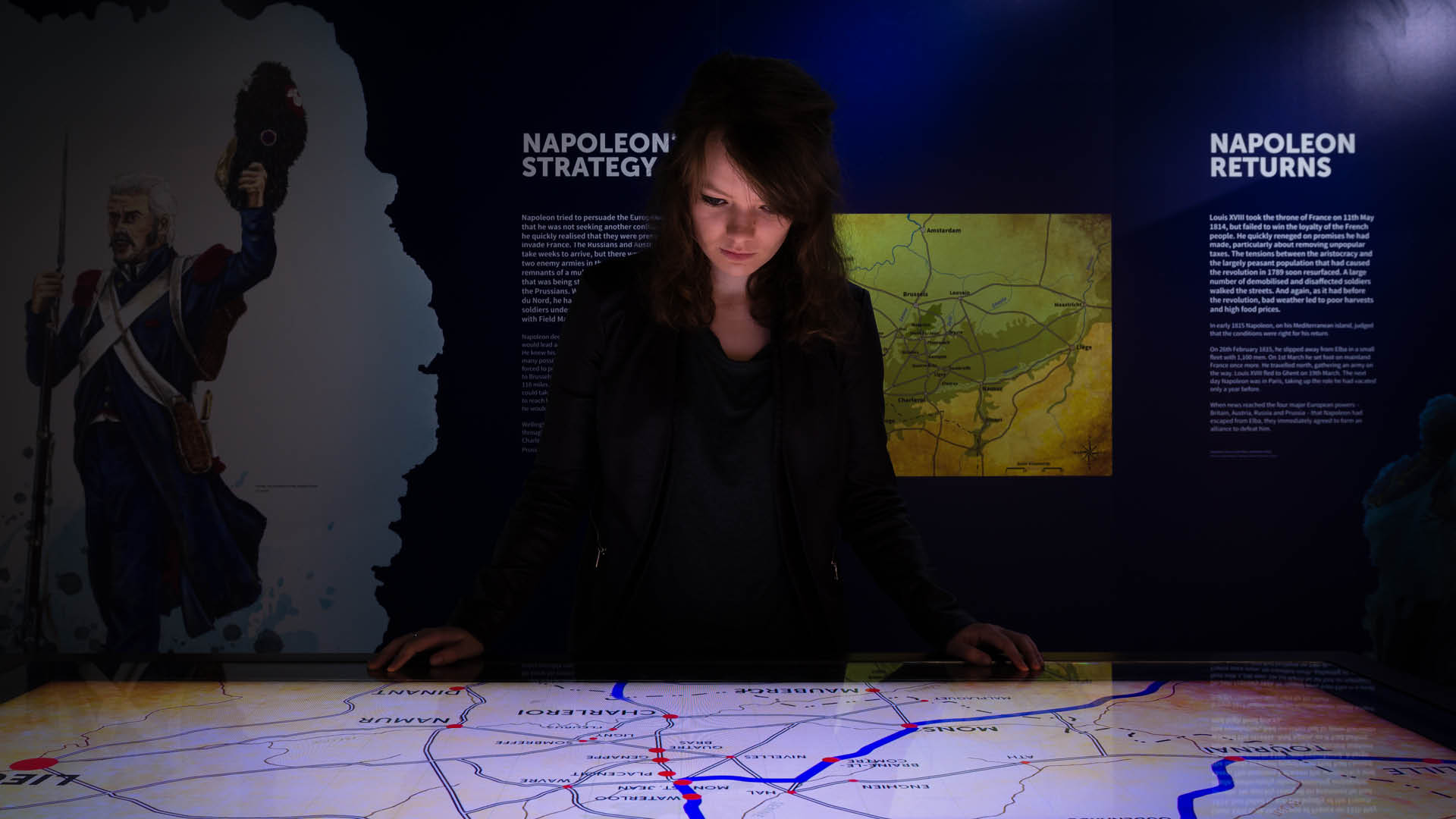 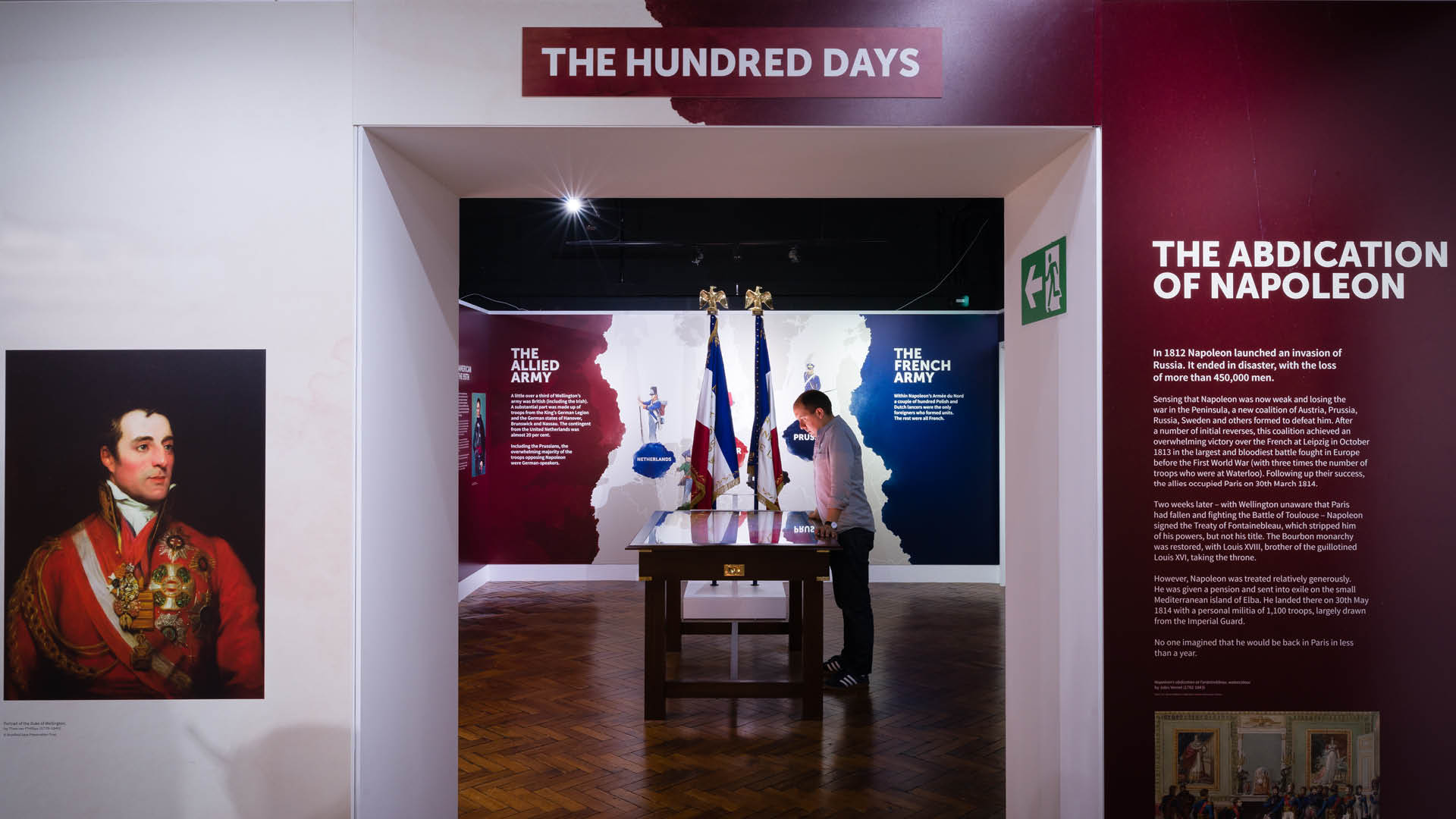 Opening in the bicentenary year of the Battle of Waterloo, Designmap were commissioned to design the exhibition With the Rifles to Waterloo at the Royal Green Jackets Museum. The key aim of the project was for visitors to leave the exhibition with an absolute understanding of why the battle on 18 June, 1815 was so important then and still is now. We were responsible for 3D and graphic design as well as digital media.

One highlight of the exhibition is the exceptional 24.5m2 diorama of the battlefield, with its 30,000 model soldiers and horses. To interpret the model we created a video mapped projection depicting the battle with voice-over by Kate Adie.

Designmap took all inconveniences in their stride, helping to ensure that ultimately the exhibition opened on schedule – a significant achievement under the circumstances. The excellence of the exhibition has since been widely acclaimed with a substantial share of the credit due to Designmap.